A grey day and a rather bitterly cold wind but we will survive! Today we head for Mablethorpe that is just north of the town, parking in the street that runs behind the sea bank and the beach. Finding a footpath over the sea bank and coming out onto the beach by the last little row of colourful beach huts.

We are walking northwards away from Mablethorpe, beyond the ‘manicured’ bit of the north beach.

There is absolutely no one in sight as we pass the North End Beach Car Park. 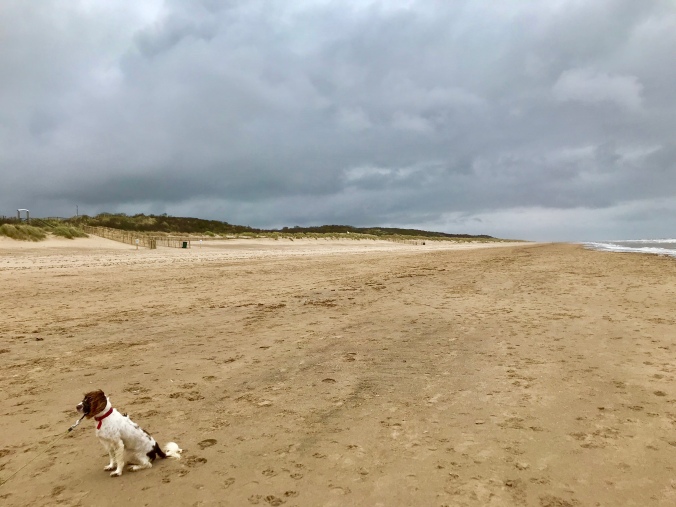 Pausing to seek out another of the Structures on the Edge – ‘Jabba’ hidden in the dunes.

If I may be so bold as to express an opinion – why are these installations not being better maintained and acclaimed? It’s almost as though it was a great idea but now no one can be bothered to look after them or indeed tell any one about them! Shame. This is North End Beach and is really beginning to feel like we are heading beyond civilisation! 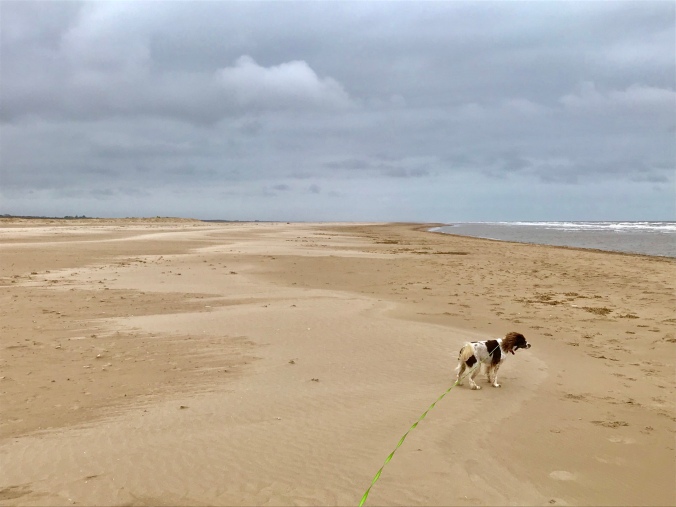 With just the odd seagull at the waters edge this wide expanse of wind swept sand backed by increasingly more rugged dunes is just fabulously bleak (though to be fair I think the cold wind is helping set the scene!). 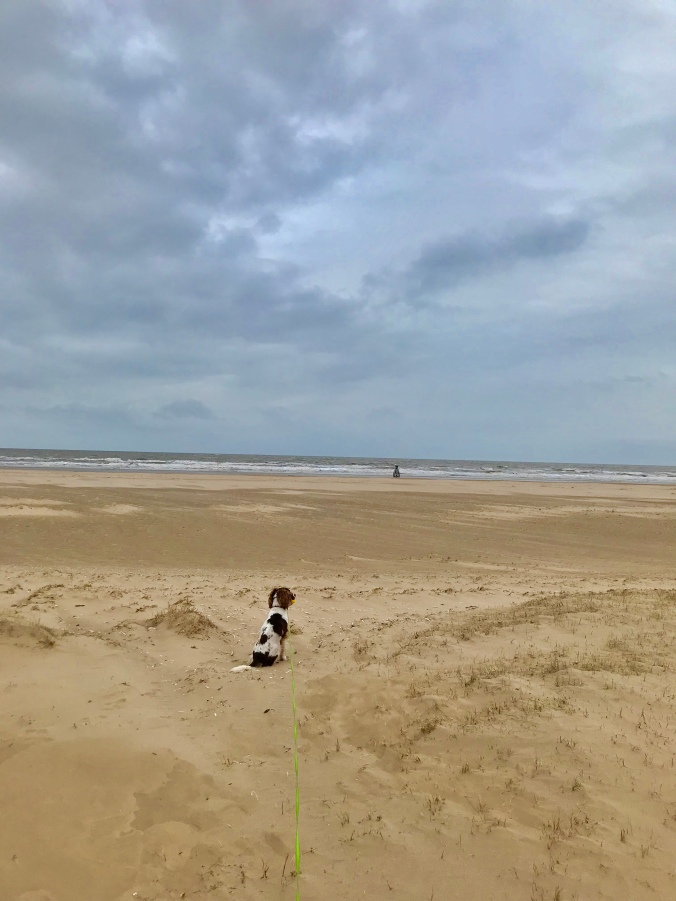 Then in the distance, an object we have been watching for a while becomes apparent – it is a Time and Tide Bell….

We’ve seen a couple of these before….

In Cemaes Bay, Anglesey on a much nicer day – 28th Sep 2018, also in Aberdyfi, Morecambe and Appledore. The bell sounds at high tide and they are the work of Marcus Vergette and intended to celebrate the connection between land and sea – there are currently 7 in the UK with two more planned – we shall keep an eye out. Beyond lies the wild salt marshes and sands of Theddlethorpe St Helens. 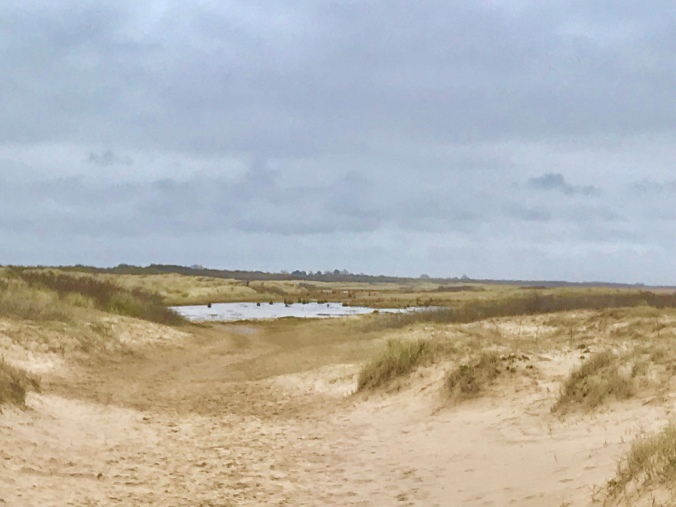 We walked on a little further but the cold is getting to us now and shortly ahead the beach is marked on my map as a Danger Zone (I think because of mudflats and hidden marshes) so it is time to head back.

A bracing but interesting 6 mile walk.

2 thoughts on “Walking from Mablethorpe to Theddlethorpe St Helen….”