Not a particularly cheery day, the sun did try but couldn’t quite muster the energy to break through but it did remain dry. Keen to explore our new surroundings we took our morning walk along the coastal path towards St Mary’s Island….

Which we can also keep an eye on from the van! 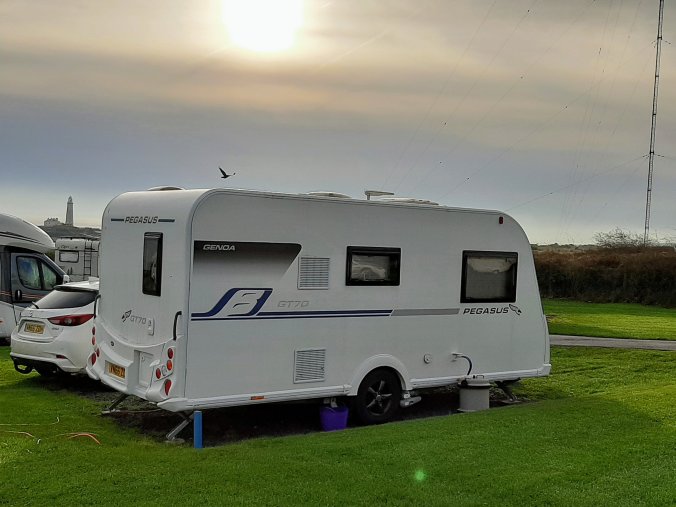 We continued along the same path later and as the tide was out, followed the causeway to get a closer look.

There are just a few houses clustered around the Lighthouse which sits on a mostly rocky outcrop.

We enjoyed watching the seals basking on the rocks, though they weren’t close enough to capture in a photo before heading back onto the mainland.

We continued along the coastal path which runs along the cliff tops above Whitley Sands, joining the promenade where we were able to get down onto the beach.

At the end of the beach we clambered back up to the cliff top and made our return journey along the top. 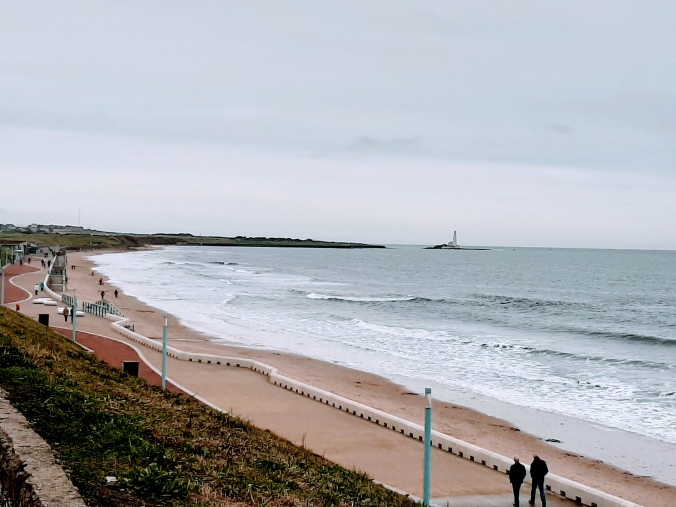