A rather cloudy and very windy day today. As we needed to pop into a retail park in Edinburgh later, we decided to take a look at Longniddry Bents. Now the tides are a little against us at the moment and were fairly fully in but as we got down to the beach, we were pleased to find a long strip of soft sand. 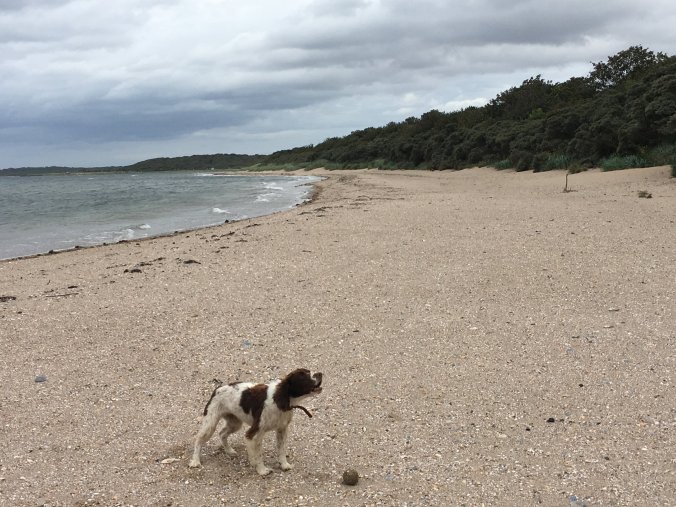 The wind was blowing straight down the beach and was pretty fierce not that it stopped Poppydog from dashing into the waves. 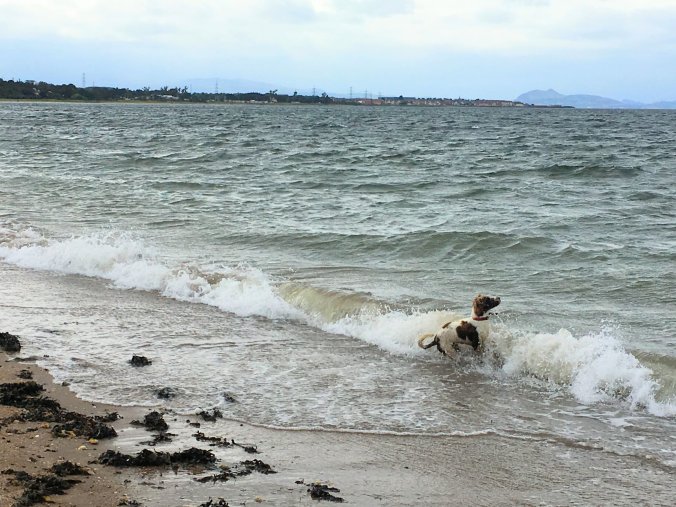 At the end of the beach we were separated from Seton Sands by a stream crossing the beach. 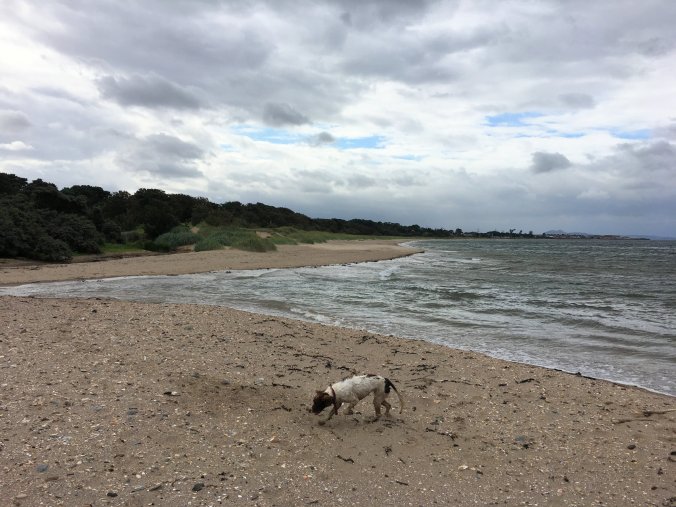 Poppydog is quite fascinated with rolling around and hiding in the marram grass. 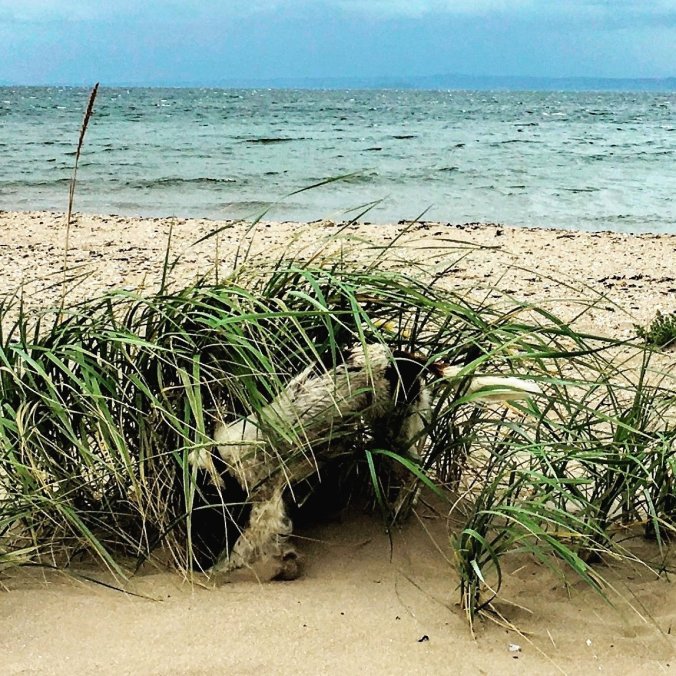 In the meantime the sky and sea is looking pretty angry, perhaps it is time for us to head back. 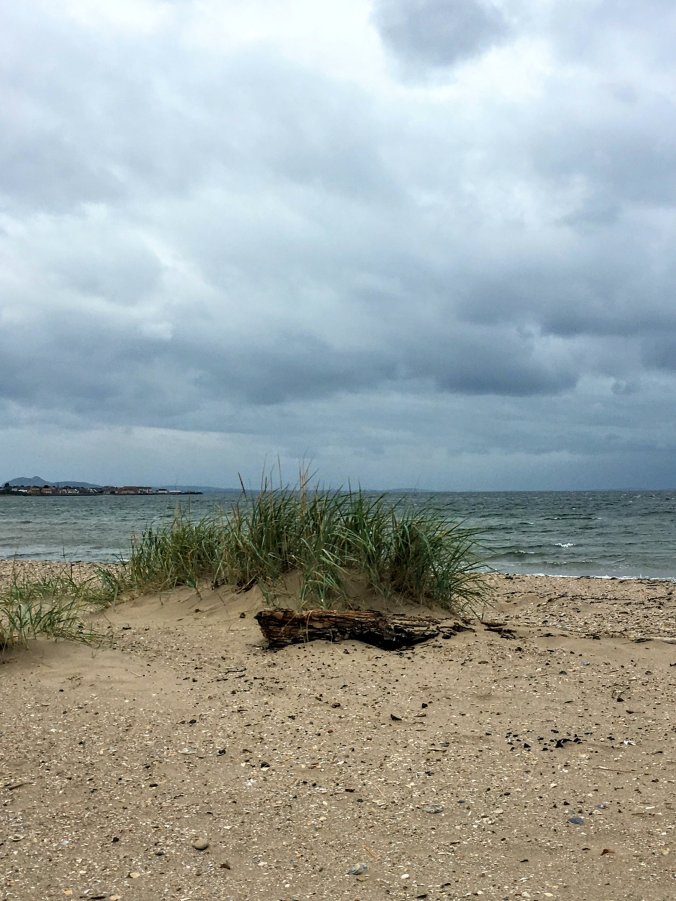 A new phone and a new Dyson- guess which one I will be playing with first!

Uploading photos for this blog is a bit of a chore at the moment as the signal strength is almost non existent at this site.