A mostly grey day for us and still that rather irritating wind! Ah well, onwards! Aiming to pick up where we left off yesterday we drove to the outskirts of Aberlady, intending to continue our beach walk – however…

What wasn’t apparent when we were on Aberlady Beach yesterday was that the inner part of the bay is largely a sandy mud inlet with the Peffer Burn running across and along the high tide line, making it difficult to get out onto the beach proper. 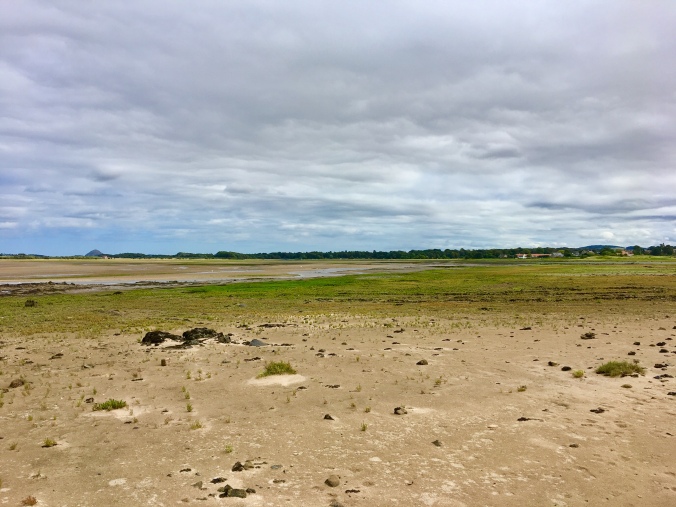 Though we did get there by walking along past Kilspindie Golf Club to Aberlady Point, where we managed to cross the burn onto the sand.

There was absolutely no one about so Poppydog was soon a little dot in the distance, leaving a cross cross of footsteps as she went. 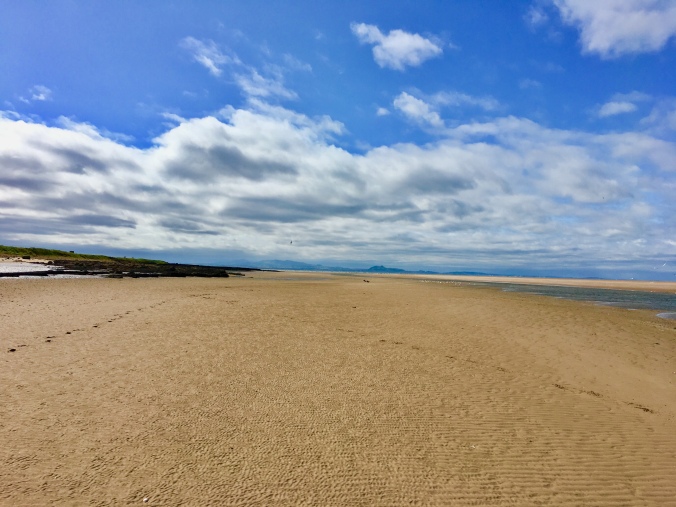 The sand is not as nice as it was on the other side of the bay, coarser and a bit muddy in places and the wind was battering us head on.

We stuck with it, walking around Craigelaw Point and were rewarded with the magical sight of about 15 seals basking in the sunshine on the beach, we didn’t go any closer and I made sure Poppydog was entertained chasing balls well away from them – but how magical? 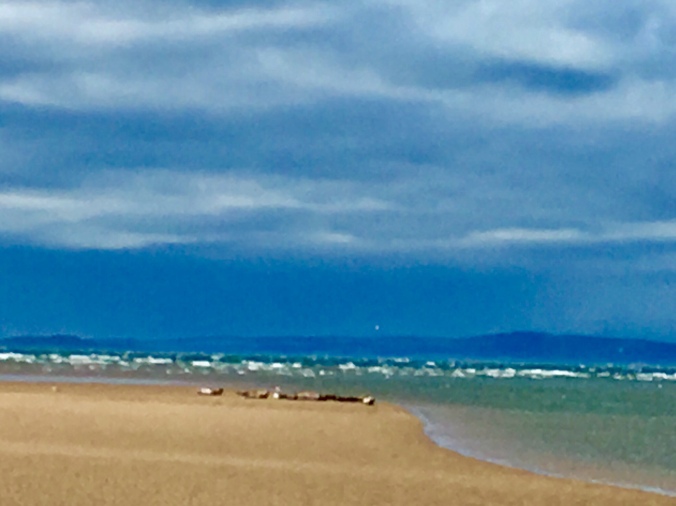 And then we found our own little island – Green Craig

From where I could keep an eye on the seals…

And Poppydog could just run herself ragged as again this beach (Craig Beach?) is empty! 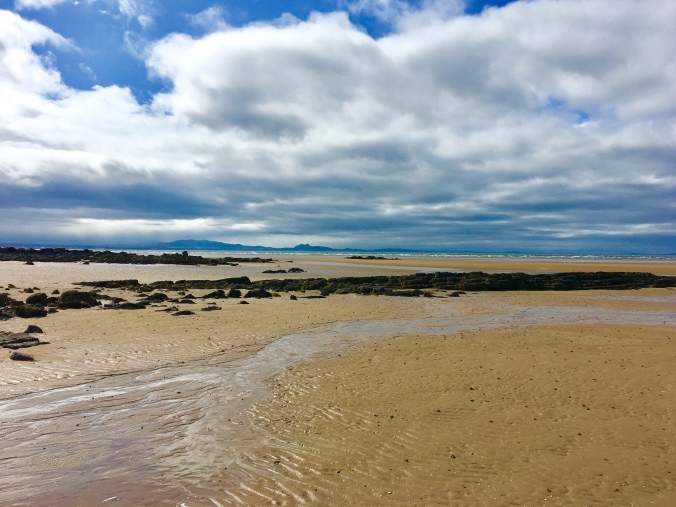 We pressed on a bit further and onto Gosford Sands.

Another large expanse of sand though again a bit muddy in places. By now, however I have had enough of this wind and so we walked back inland and completed our 5.5 mile walk along the John Muir Trail.

So many beaches here are unnamed so I am using a little poetic license in naming them based on what they are near!

Our little island was only about 10m by 2m and surrounded by sand but it did feel like a little adventure!