The mist has lifted and though it was mostly overcast the sun did begin to show during the late afternoon. To avoid high tide we left it a bit later to go out today and popped a few miles down the A1 to Skateraw – just a few houses, a disused Harbour (though a Lifeboat was using it) and a pretty horseshoe shaped beach. 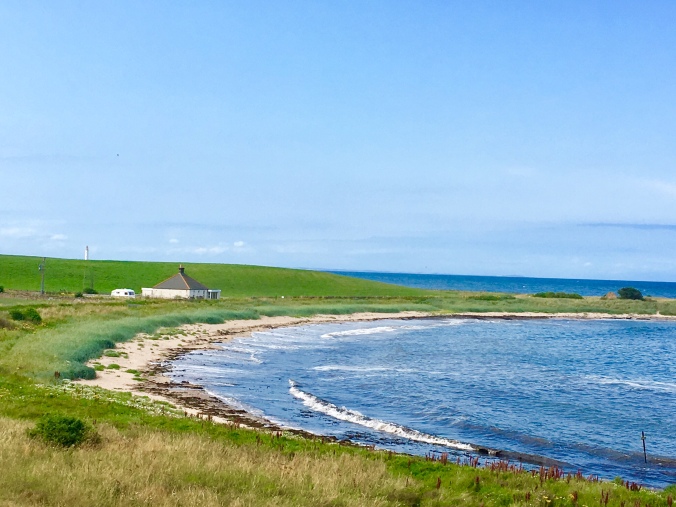 A bit of soft sand even at high tide and suitably isolated – though to be fair it does stand in the shadow of Torcross Power Station. The path takes as on the shoreside of the Station with a rather ugly concrete walk which is closed when the sea is rough, as even today at high tide, in places the sea was splashing onto it and an equally ugly higher level walkway – however the views were lovely…. 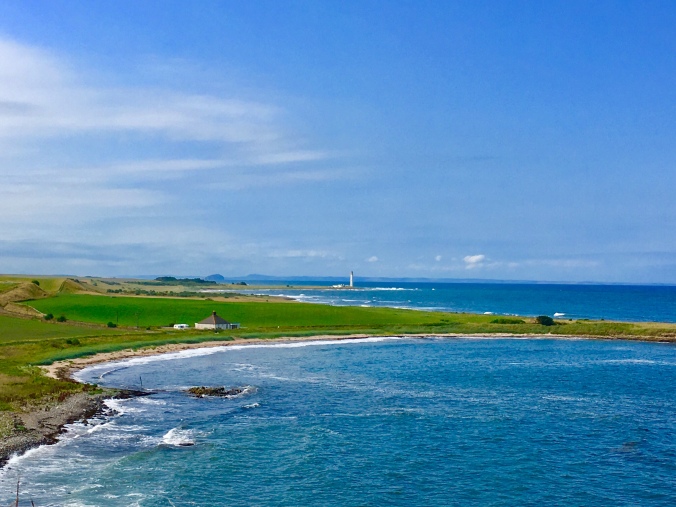 The Lifeboat was making use of the empty harbour. 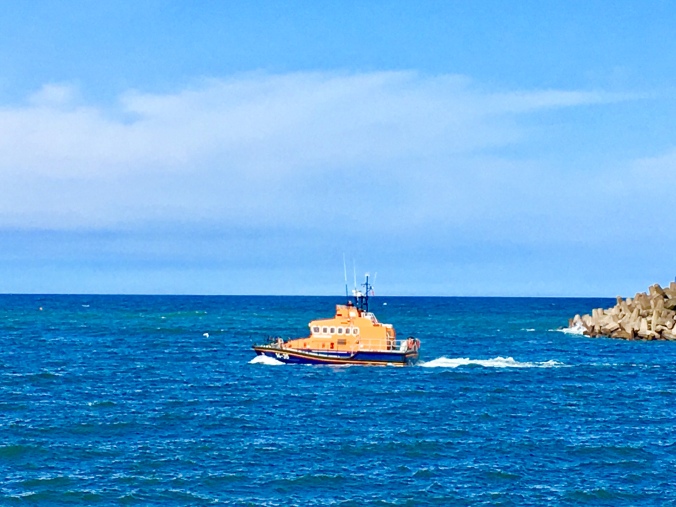 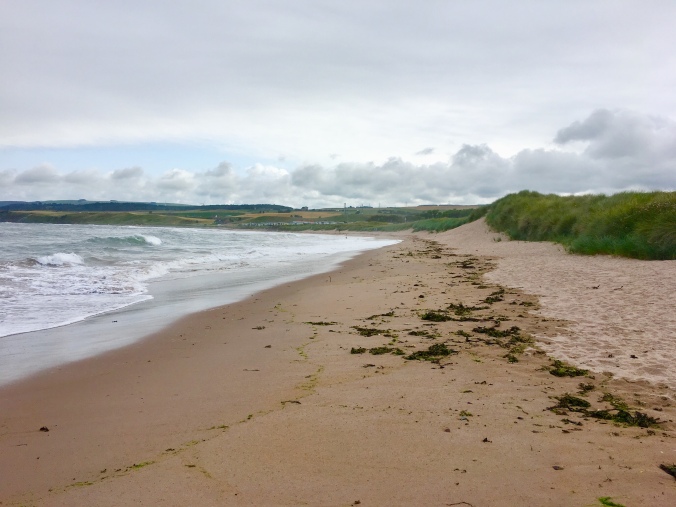 Revealing more and more sand as the tide recedes – Thorntonloch Beach we like!

We settled at the far end of the beach, which was quite stony for a bit of R&R.

We then headed back the way we had come to take a closer look at Skateraw Beach now the tide has started to ebb. 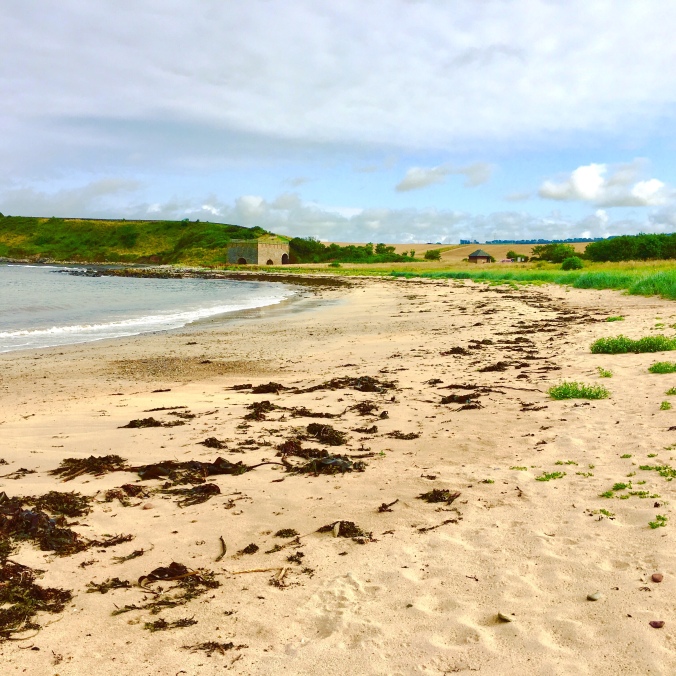 Definitely worth a second look!

I think this is one of the best sites we have visited for dog walking with so much open safe land around and several seemingly under visited beaches (bearing in mind we are in the school holidays) as well as several dog walks on site – Poppydog heaven.

Still not seen a single surfer since entering Scotland?