Rain during the night – what is that about? Still with the exception of a couple of showers in the morning it was breezy but dry. First we went to Port William parking up on the front – a reasonable sized village, not particularly attractive mostly running along the main road which runs along the coast.

A long stony beach running either side of the harbour wall for as far as the eye could see.

The odd little patch of sand, exposed at lower tides so we enjoyed a play. 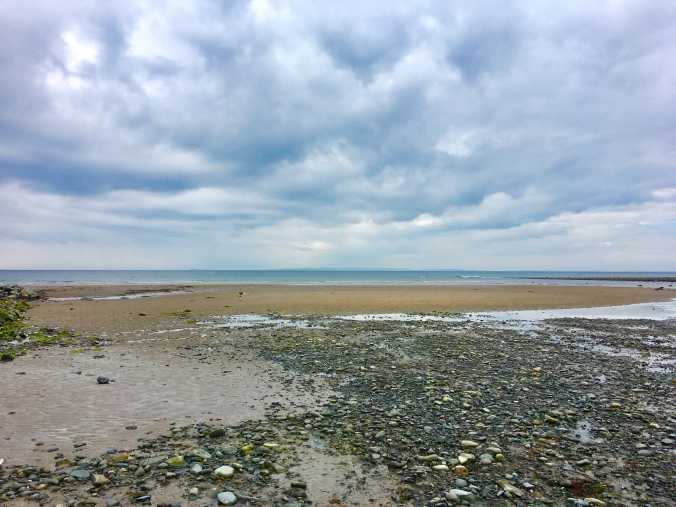 Beach walking was pretty heavy going and there wasn’t much of a footpath up by the road, so after a while we turned about, wandered around the village a bit and then moved on. Taking in this rather random sculpture and sign pointing out that it is some 310 miles to John ‘O Groats or 970 miles to Iceland, whichever you prefer!

We followed the A747 as it wends it’s way along the coast, quite a beautiful route and pulled over when we spotted a bit of sand. 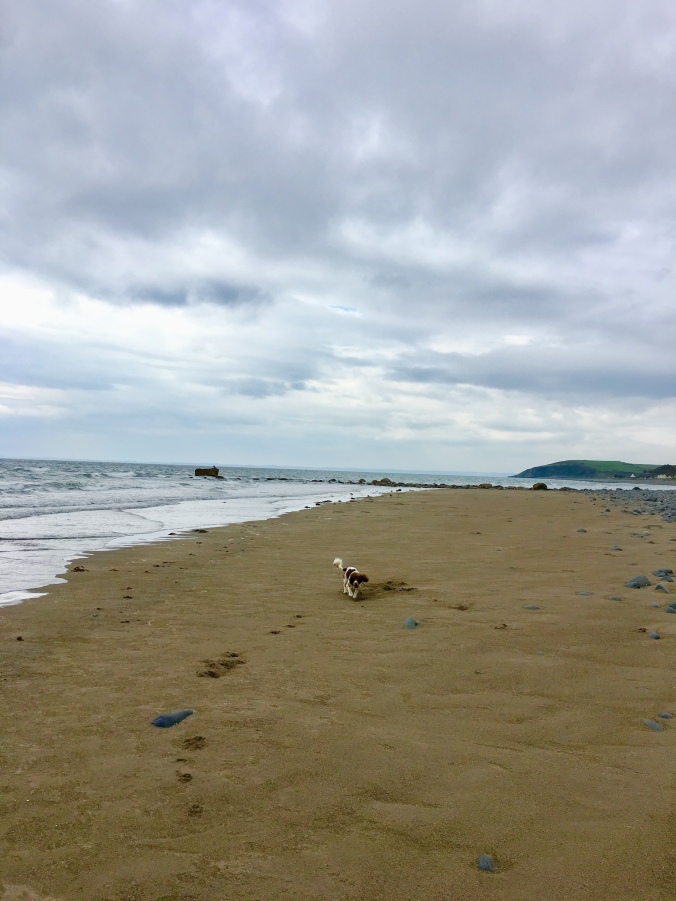 Another long stretch of mostly stony beach, Craignarget, but somehow much cleaner and far more appealing than Port William.

We stopped, walked and played for some time as the sun was almost making an appearance before calling it a day and heading back to site.

Only about 4 miles for me but plenty of extra miles for Poppydog.

I wonder if Poppydog would ever tire of chasing stones? Certainly hasn’t happened so far!